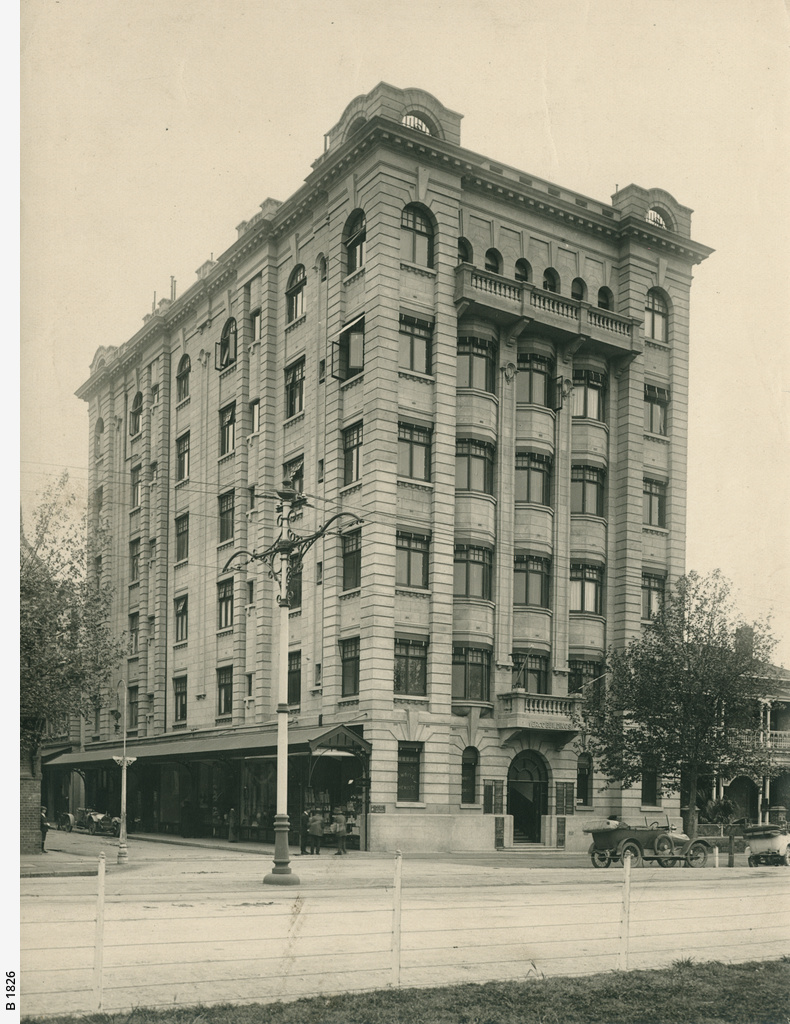 Summer in Adelaide – does it ever really change? 100 years ago, as heatwaves took their toll, visitors to Glenelg were cautioned about thieves on the beach, while bathers at Henley were warned to beware of sharks.

No doubt many felt there was little to celebrate as 1916 dawned. As Alexandrine Seager’s poem reminds us, many hearts were transported a world away, to ‘A rugged cross beside a sobbing sea’. The Australians (along with the other Allied forces) had withdrawn successfully from the Dardanelles, but the accounts of the withdrawal appeared in the newspapers alongside pages and pages filled with news from the European battlefronts and there was an ominous understanding that the Australians would surely see more action.

The withdrawal of the Allied forces from Turkey meant that the Ottoman armies were free to focus their attentions elsewhere and there were fears that up to 250,000 may be mobilised to attack along the Suez. The Australians in Egypt were instrumental in defence of the area and many in the Light Horse, reunited with their horses after the Gallipoli campaign, would spend the remainder of the war in this part of the world.

The Australians in Egypt were afforded some leave and recreation in January. James Churchill-Smith mentions games of bridge and motoring tours, the purchase of a camera and lots of letter writing amongst the obligatory drills and training. And for the first time Australians had access to a range of military training schools, with young officers such as Churchill-Smith sent on a variety of courses.

Leo Terrell didn’t seem to be enjoying himself as much. He wrote little in his diary during the month, but he did note that he was put on report for breaking camp to buy bread. Lou Avery’s diary entries were limited this month as well – he was still gravely ill in hospital and although the food he was served wasn’t altogether to his liking, he is complimentary about his care. We leave him at the end of the month well enough to sit up for a short period.

For those in command, there was serious planning for the future of the AIF to be done. The successful enlistment campaigns had generated thousands of new recruits and these men were arriving in Egypt at the same time as those returning from the Dardanelles. The decision was made that the existing battalions would all be split, with half the experienced personnel joining new battalions. Efforts were made to ensure the geographical makeup of the battalions was maintained – so those from South Australia continued to serve together. Thus, over the coming months, the 10th Infantry Battalion would be split to form the 50th, and the 27th to form the 48th etc.

In South Australia, recruiting and fundraising continued to be reported daily, alongside the names of those on the casualty lists and news of ships returning wounded and sick soldiers. According to the Advertiser, around 100 new recruits enlisted each day. (Nationally there was a spike in January 1916, with more than 22,000 enlistments recorded.) Of course the large number of recruits took its toll on businesses at home: it was reported that one quarter of the employees of the Savings Bank of South Australia had enlisted and the Principal of Adelaide High School struggled to find enough teachers when students returned from the Christmas break.

The paper also carried upbeat stories of sporting activities at Mitcham Camp, which painted a very different picture from the numerous letters arguing against the ‘wet canteens’ in the camps, not least because many of the recruits were under 21 years of age.

The Governor’s wife, Lady Galway, continued her busy schedule, opening a new YMCA building at Henley Beach for returned soldiers and giving a lecture at the Town Hall about the work of the Red Cross. During January the Red Cross Information Bureau opened, which provided assistance to those trying to trace loved ones in the military who had not been in contact. In the coming months we will follow some of the stories from this rich archive, which is housed at the State Library of South Australia: https://sarcib.ww1.collections.slsa.sa.gov.au/

A curious suggestion that it wasn’t too late to rename ‘Canberra’ ‘Anzac’ received some coverage in the Advertiser, but the government was more concerned with the growing labour disputes and strike action that was taking place around the nation. Prime Minister Hughes was invited to London for high level talks about the war, and he set sail towards the end of the month leaving Senator Pearce, the Minister of Defence, as Acting Prime Minister.

Anti-German sentiment continued to fester, with accusations of spying and restrictions on the ownership of shareholdings in enemy companies. The sinking of the P & O Liner ‘Persia’ further galvanised public sentiment.

In other news, South Australians welcomed American water expert Major Johnston, who came to provide advice on securing the future of the River Murray, while they farewelled Sir Samuel Way, former Chief Justice and Governor, who passed away early in the month.

In February the changes to the structure of the AIF begin to be rolled out and we discover what this meant to the soldiers. But in the meantime, we leave them to a comparatively quiet month.