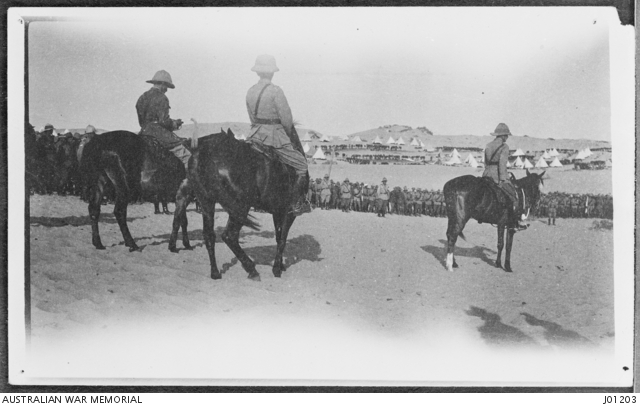 Two years on from the start of the war with no sign of an end in sight, South Australians read a message from the King in their newspapers, urging them to continue their support for the war effort. A poem by Alexandrine Seager, who had lost a son herself, echoed these sentiments with patriotic fervour tinged with sadness.

The majority of the AIF were in Europe, still engaged in the bloody quagmire of the Somme. In this month’s despatches we get a sense of the ebbs and flows of the soldiers’ lives. It was not all frontline battles. Lou Avery was still on leave in Britain, visiting the theatre and punting on the Thames, but by the end of the month he was receiving instruction on the use of machine guns near the Isle of Wight. James Churchill-Smith had a dramatic few days in the trenches near Pozieres in the middle of the month, despite initially being left behind the lines in charge of the German prison guard when his battalion returned to the lines. His diary records that the wounding of another officer provided the opportunity for him to join his men and in these dramatic few days in battle at Mouquet Farm, his actions earned him a Military Cross.

Leo Terrell had a spell in hospital to receive treatment for the sores on his hands which were slow to heal. Unlike Churchill-Smith, he was not so enthusiastic about rejoining his unit. The 10th Battalion were also in action in the second part of the month, at Pozieres, close to where the 50th were located – close enough, that Churchill-Smith records that he had dinner one night with some of the officers from his old Battalion.

Churchill-Smith also makes reference in his diary to the statue of the Virgin Mary at the top of the Basilica in the French town of Albert, famous for maintaining a nearly horizontal angle for years after being shelled in 1915.

Not all the Australians were engaged on the Western front though. Although not well-known now, the battle at Romani, in the Middle East, was widely reported in its day. We have a dramatic account of this battle from Ross Smith (of the Australian 1st Light Horse Brigade) in a letter to his mother. Smith’s account includes a reflection on the nature of Australian soldiers: ‘Most of my men have lived in the saltbush country at one time or another and I am satisfied that the man from out back can beat anything when it comes to the real thing. As someone remarked a few days ago “They don’t look much on parade but by God they can fight!”’

Meanwhile in Germany, Ethel Cooper is also displaying some of that larrikin spirit, as she describes her creative approaches to food. The shortages and rationing in Germany continued and Ethel’s letters home record her excitement at a shipment of pickled walrus, which – it turns out – was quite tasty. She also describes her country meanders, in which she stole apples and plums and, almost got away with a duck!

In South Australia, the Prime Minister, Billy Hughes, received a warm welcome at the Adelaide Town Hall. He had recently returned from Great Britain, and crowds welcomed him enthusiastically for the work he had done drawing attention to the Australian contribution to the war. However, with voluntary recruitment following very low in August 1916 (only 6345 nationally) and the Somme still soaking in blood, more recruits were desperately required. Conscription had already been introduced in Britain and New Zealand, but the left in Australia were deeply opposed to the idea of its introduction in Australia. As a Labor Prime Minister, Hughes had a difficult task ahead. His personal conviction that conscription was required was at odds with that of his party. So on 30 August he announced that the question would be taken to the people, with a referendum to be hold on 28 October.

The war continued to be felt keenly in South Australia, as can be seen through the pages of the Advertiser. The fundraising momentum was maintained and a new Red Cross convalescent hospital was opened in Woodville. The second Violet Day (a fundraising initiative of the Cheer Up Society) was held; and a new military camp was opened in Gawler.

It is hard for us to imagine how South Australians must have felt 100 years ago, as they reflected on the toll of two years of war, and looked forward with no prospect of an end to the carnage. Of course, with hindsight we know that they were not even half way through their ordeal and that the conscription debate would further fracture their communities. We’ll leave the final word to Alexandrine Seager:

Two years today; and still the war goes on
With never stop nor stay,
Until the greatest fight in hist’ry’s won
And then will come OUR DAY