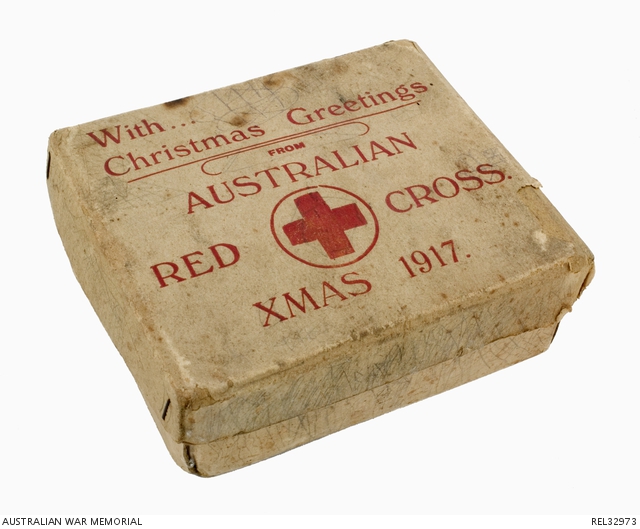 People were keen to close the curtains on 1917. Historian Joan Beaumont described it as the worst year of the war for Australia: more than 76,000 killed, wounded or – perhaps worst of all – simply missing; pulverised in shell blasts or buried in the thick mud around Ypres. The year ended badly for Billy Hughes government, too, as his second attempt to introduce conscription was also defeated at referendum.

On 8 December 1917, Lou Avery’s diary notes: ‘Russia and Roumania have had enough and have asked for peace with Germany, a peace dictated by Germany. This will release the whole of the German Army for the Western Front now. Had it not been for America we should be in a very bad way.’ He was at officer training camp in the Britain, and his diary reveals how much he was enjoying the experience, and was confident that he would be rewarded with a commission: ‘I have come to the conclusion that will be a cake walk to get my commission… the result of exams are not so very important. What does appear to count most is your character and suitability as an officer.’

James Churchill-Smith also spent Christmas and New Year out of the lines and in London, but before he left his battalion, his diary notes that he ‘Paid men and took referendum in the afternoon’.

Leo Terrell spent a less sanguine Christmas in the front line, although it appeared to be a relatively quiet period, although there were some who suffered after a gas attack. He also spent his birthday (27 December) in the line. The 10th Battalion were also on duty in the trenches on 25 December, and their official Battalion diary doesn’t even mention Christmas day.

When we left Ross Smith at the end of November, he had injured his leg in a plane crash, and he began the month unable to fly because of the injury. He recovered quickly, and was able to resume duties, which included flying in new Bristol Fighters, a far superior aircraft. His diary notes on 9 December ‘We occupied Jerusalem.’ This was a significant event in the war in the Middle East, and formed the subject of a poem by Alexandrine Seager, and was also acknowledged in a statement by the King, which was reported in The Advertiser. Smith’s Christmas included a ‘very fine Xmas dinner’, although a heavy storm destroyed a number of their planes.

Ethel Cooper maintained her efforts to find a way out of Germany – this time under a medical certificate. However, she still had no success. She made the decision to move out of her friend Frau Jaeger’s home (Frau Jaeger was an English woman married to a German) and took a room in a bearding house, where rationing and food shortages became her daily challenges again. In typical good humour, though, she recounted a story about people in a restaurant all becoming very excited by a steak dish – which was in fact elephant! Apparently the assistant director of the zoo had decided to slaughter the animal because it couldn’t be fed, and sold the meat to a family member, who owned the restaurant.

The big news at home was, of course, the referendum, which took place on 20 December. The question put to the people was: ‘Are you in favour of the proposal of the Commonwealth Government for reinforcing the Australian Imperial Forces overseas?’ For a second time, Prime Minister Billy Hughes was defeated after a campaign which deeply divided the population. In this case, the final result was: 1,181,747 NO; 1,015,159 YES. Although The Advertiser supported the YES campaign, the state again registered a majority NO vote, but less emphatically than the 1916 referendum.

In other home front news, many fundraising organisations such as the Cheer Up Hut, the Red Cross and the Children’s Patriotic Fund used the end of the year as an opportunity to have one more push to generate income for the war effort. The Cheer Up Hut also hosted Battalion reunions for wounded soldiers who had returned home.

So as the sun set finally on 1917, it is hard to imagine that there were many who did not hope that 1918 would bring better news. But we can imagine, too, that many were more focussed on their personal losses and grief for loved ones lost forever.