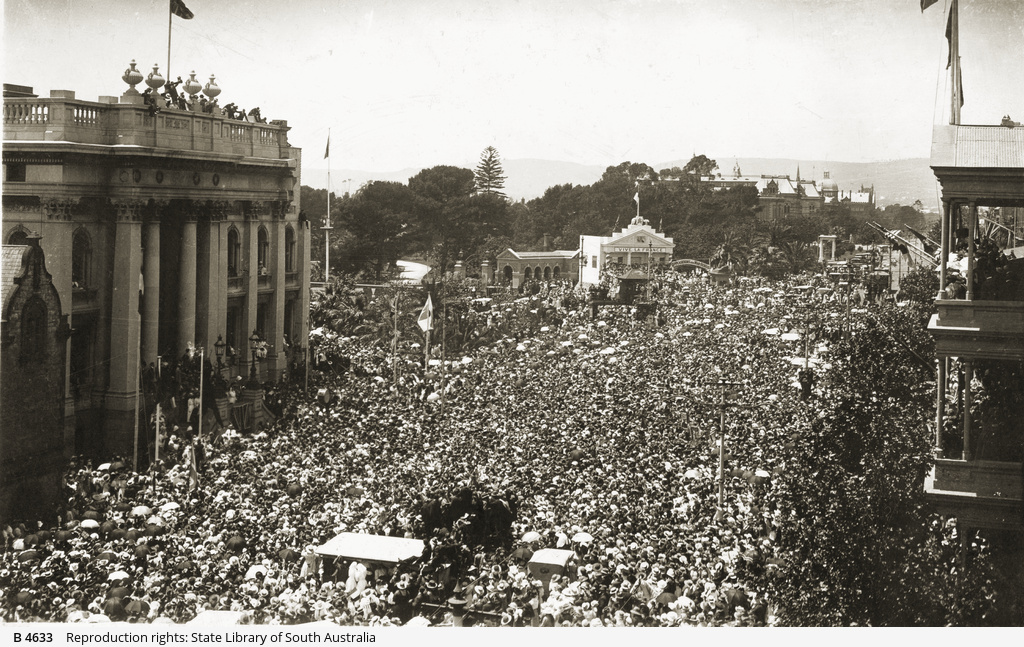 The Armistice was signed in the early hours of 11 November 1918, and six hours later the guns fell silent.

The Great War had run its course.

The Advertiser captured the build up and the celebration that followed. It also documented the advance of the Spanish influenza which ravaged the world in the aftermath of the war.

There were few in South Australia untouched by the war. Nearly 35,000 South Australians had enlisted (37% of men aged 18-44). 300 South Australian women had served in the Nursing Service, and thousands had mobilised on the homefront contributing to fundraising and other patriotic activities.

A large number of South Australians had German heritage. Whilst many enlisted, served and died fighting for Australia, at home, discrimination and prejudice festered.

The 10th Battalion were in northern France when the Armistice was signed. It is clear from the official battalion diary that although training was maintained, it was harder to ensure discipline. Officers were called upon to entreat their men used ‘French letters’ to reduce the number infected with venereal disease, and they were reminded of the importance of discipline as an occupying force. (It should be remembered that despite the Armistice the state of war continued until the signing of the Treaty of Versailles, the following June.

Demobilisation was a lengthy process, and it was not until September 1919 that the last of the 10th returned home.

James Churchill-Smith left France early in November 1918 for another period of leave in England, which included the usual round of theatre visits and dinners. He was in Scotland on the 11th, and noted the signing of the Armistice. He was back on duty in France on 19 November. He returned to Australia in 1920, having completed an accountancy course in England. He served again in the Second World War, and died in 1968.

Ross Smith’s letters home from Cairo in November are filled with excitement about peace with Germany (although he does lament ‘that we can’t go on killing them.’) He’s more excited, though, by the prospect of a potential flight to Australia. We know that he was to go on to pilot the Vickers Vimy and win the air race to Australia in 1919. Sadly, he died in an air crash in England in 1922.

We know that Leo Terrell had been home for several months by now. His diary records the death of a family member, which understandably occupied his thoughts, but he also noted the great celebrations in Adelaide on 11 November, and the public holidays which followed. Leo died in 1973, aged 83 years.

In Germany, Ethel Cooper’s diary documents the sense of anarchy and the rise of socialism in Germany. She also writes of the harshness of the terms of the armistice ‘that everything must be accepted, and humanely speaking can’t be fulfilled. Her desire to leave Germany remained, and by 1 December, at long last, she had her pass. She returned to Adelaide and her beloved sister Emmie, but Europe called again, and she continued her travels. She never married and died in 1961.

And so we bid farewell to our First World War correspondents, thanking them as we do, for the personal connection and the South Australian perspectives they have provided for us as we’ve journeyed through their experiences of the war, a world away.

Thank you, too, to all the volunteers who have helped with the research for this project, in particular John, Helen, Ben, Paul, Jacqui and Craig.